“……El Caudello suffered mechanical breakdown at some point as one of his honed and toned leg muscles gave way – but this is an ever present danger for finely-tuned athletes……..”

So the Spring freeze continues…..and to think there were topless runners in the pack only three weeks ago.  I was not able to attend the last run on (Easter) Sunday but imagine that folk were appropriately clothed.  Billy Graham kindly volunteered to write this week’s run report. Obviously he was having a fine old time and he’s even offered to supply an Easter Egg to the person to correctly identify the number of chocolate bar names hidden (some not too subtly) within his run report.  So have a go and send him your best estimate.

Answers next week I presume…..

The news updates this week are that people have been to nicer and I assume warmer climes, witness attached photo of 12rena and 34 in Las Vegas where he was playing in a 3 day Pro-Am tournament (where his team finished in 3rd place), I think the caption writes itself from there. 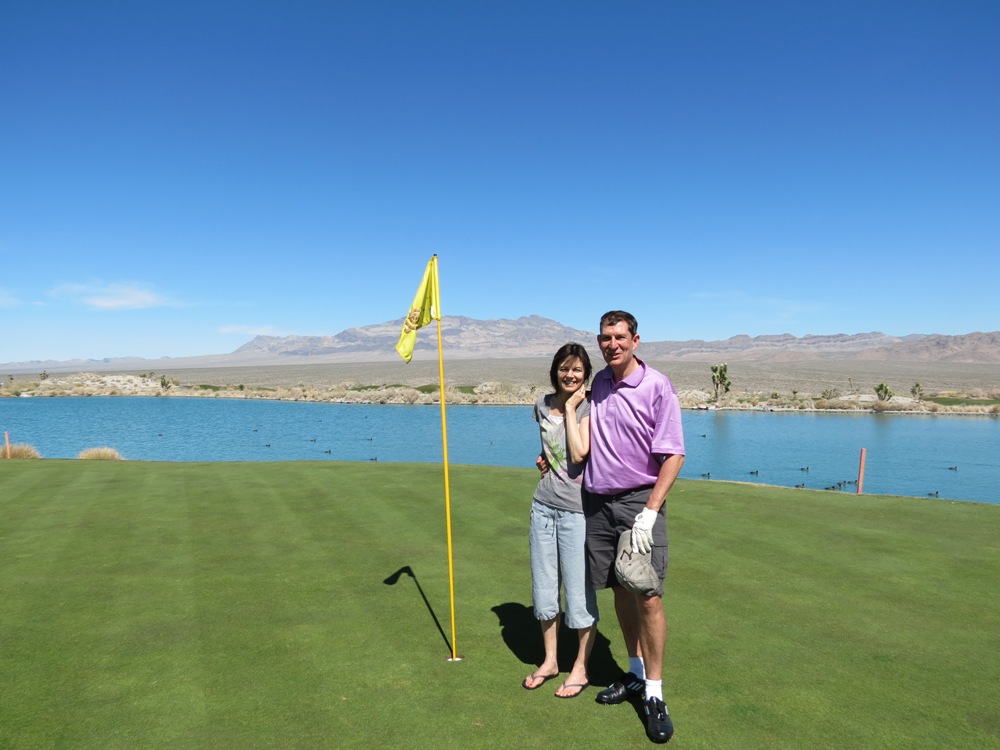 Further afield still Tea Cosy has been visiting brother Billy Elliot and somehow got talked into a  competing in a 6.5km open water swim race in Northern Malaysia after stepping off a 32 hour series of flights. Let me just reemphasize that’s 6500m swimming.  So not drowning was a major accomplishment as was the in 234th place out of about 400 entrants.  Not as impressive as Billy Elliot’s  time of just over 2hrs coming 32nd overall! No pictures of men in speedo’s ladies, but a nice looking spot for a swim.

So the stats reveal that only 40% of you have taken the quick survey at  http://www.surveymonkey.com/s/XFW85ZF which asks you what you think/want from a possible new website. So please make it a majority decision………………

A little on-line entertainment for you this week – I think this should appeal to our demographic.

So this weekend on Sunday 7th April 2013 Sorry John will be setting for us, but from his home from home, namely the Car Park, Crabtree Lane, Norbury Park, West Humble. Directions on the homepage

Sure to be a good one, and I’m reliably informed that the Stepping Stones has reopened for refreshments afterwards. I hope to see you there.